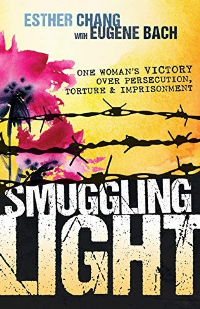 Signs and wonders as proof of Gospel truth
The news about Esther’s death was no surprise to many who knew she was sick, but the news of her restoration to life left many dumbfounded. Her grandfather, who prayed against all odds, for her restoration to life was previously questioned and mocked for his faith, but with this miracle; it was obvious to all that he served a powerful God.
The Holy Spirit came with power on the disciples
A group of believers in Shengyang hoping to evade arrest by the local police, often went to the mountainside to worship. One day, the Holy Spirit fell upon them while they were praying and many received the gift of speaking in strange tongues.
There is healing in the name of Jesus
After much hesitation, Esther's brother; a sick police officer in Dandong, agrees to follow her to an underground Christian meeting. He began to feel better that day after he was prayed for by the believers at the meeting, and five days afterwards, he was completely healed.
God bestows gifts and healing through the laying on of hands
When a Korean-Chinese girl asked Esther to pray for her to be healed from tuberculosis, Esther first led her to Christ and then laid hands on her and began to pray. Instantly she was healed, and a second medical examination confirmed the complete absence of tuberculosis in her body.
There is salvation in no other name
While in North Korea, Esther Chang defied the law of Kim Jong II, by boldly proclaiming that; only the one through God - Jesus Christ, could grant salvation and eternal life.
God will provide for our daily needs
A North Korean family of new believers learned that they no longer had to resort to lying and stealing to provide for their daily bread. Instead, they could follow God's ways and trust Him to provide.
Ask, and it shall be given to you
Esther Chang admonished a family of young believers to ask of the Lord whenever in need and He will answer. They take heed and a month later, God uses her to answer their prayers for food.
Preach the word, in season and out of season
Esther Chang risked treason by sharing the gospel with a dejected war veteran while still under investigation. That same day, her life changed completely - for the better!
God answers prayer
While Esther was in prison, the water pipes were frozen and no one could bathe. One day, at the request of one of her prison converts, Esther led the other prisoners in her cell to hold hands together and pray for water. Without any delay, God honoured their faith.
Believers are the aroma of Christ to those around themSalvation transforms
While in prison, Esther Chang yielded fully to God; allowing her light shine so well that she won many prisoners to Christ. And as a result of their new life in Christ, strife and disloyalty was replaced with great love for one another. So great was this new love and increasing unity among the prisoners that the prison authorities felt threatened.
God gave signs and wonders through the apostles
The drinking water at the prison had become polluted with waste chemicals. Esther and her cell mates got together and prayed to God for clean drinking water, and to the amazement of all, God honoured their faith again. Many, including a prison warden openly praised the Lord because of this miracle.