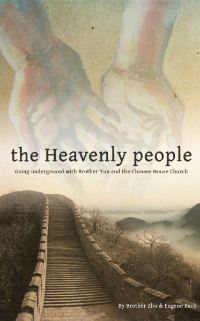 God using a vision to communicate
Brother Yun had been praying desperately and fasting, for a Bible of his own. One night he received a vision from God and when he awoke, in a very surreal manner, his vision became reality - God answered his prayers.
Holy Spirit provides power to proclaim the Gospel
After reading the Bible, Yun is inspired to obey the instructions of Jesus in Acts 1:8 to become a witness to the ends of the earth. Prayerfully, he asked for the Holy Spirit and was empowered to go out and preach the word.
Instantly transported by the Holy Spirit
A very young Yun had just finished preaching the gospel at a village and needed walk back home to meet the visitor that was waiting for him. In attempt to hurry up, he decided to run, but suddenly found himself arriving his town in a few minutes, a journey that was supposed to take 2 hours.
God using an audible voice to communicateLarge groups of people converted at the same time
In a dream, Yun meets a young man who invites him to come share the gospel in his village. The next day Yun found the exact man he saw in his dream was waiting for him and spoke the same message as in the dream.
Christians share in the suffering of Christ
The fierce persecution of believers and the constant fleeing from the authorities had gotten to Brother Yun. In frustration, he cried to God asking why He, being all powerful did nothing to protect them. God's reply to Yun was from 1 Peter 2:21 - 'To this you were called, because Christ also suffered for us, leaving us an example, that you should follow His steps.'
Holy Spirit renewal for the repentant
Brother Yun was used by the Holy Spirit to challenge fellow prisoners to confess their sins and seek God's forgiveness. And as these hardened criminals obeyed God's call, they were broken by the gospel's power and all witnessed a renewal and transformation that was evident to even the guards.
Signs and wonders draw attention to Gospel message
The instant healing of a terminally ill boy, after he was prayed upon by a group of believers, leads his entire family to accept Jesus Christ as Lord and Savior. Not only that, the influential father of the healed child ensured that the gospel was heard throughout the village.
The righteous innately have God's heart toward those in needNothing can separate us from the love of God
Brother Yun and other prisoners display a remarkable love for Huang, a man who was called a "devil" due to his vile nature and venomous rage! They loved him, shared their food with him, and blessed him. The love of God broke him, and this suicidal murderer tearfully surrendered his life to Christ!
Governments opposed to the Gospel
The central government in Beijing was threatened by the power that could result from unity among God's people in China, so in 1997, Yun and other house church leaders walked into a trap of the government. They were all arrested, mercilessly beaten and subsequently prosecuted.
Demons cast out in Jesus' name
A demon possessed man who had gone completely crazy and killed many as a result, had to be chained and restrained in a specially built cage. For 18 years, this animal-like existence was his story, but when brother Yun arrived his village, this man's story changed in an instant.