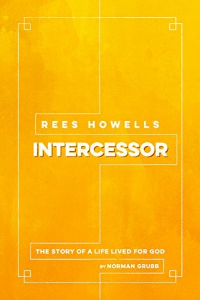 Sinful selfish ambitionWe are surrounded by a cloud of witnesses
A few days before leaving his homeland, Rees Howells listened to his pastor preach on Hebrews 12:1 and as though speaking specifically to him said “Young man, you may be leaving home, you may be going to a place where your parents will not see you; but remember, the cloud of witnesses and God will see you.” This word from the Lord became an encouragement for Mr . Howells when he faced temptation in the new place he traveled to!
Sermon on the Mount
The story of evangelist Maurice Reuben living according to The Sermon on the Mount led Rees Howells to faith.
God using an inner voice to communicate
The Holy Spirit engages Rees Howells, urging him to surrender his life completely, and back and forth, this engagement continued. On the fifth day, Rees finally said yes to Abundant life.
Give to the one who asks
Rees Howells learned to love the unlovely ones as God used Matthew 5:40-42 to open his eyes to the plight of the homeless.
God using an audible voice to communicateGod using an inner voice to communicateGod answers prayer
When the Holy Spirit told Rees Howells that a dying man would live, he did not communicate it with the certainty of faith. The Lord confronted him that night, and he returned the next day to communicate the message with conviction. It was a severe test of faith for Rees Howells, yet he believed God, and the man was healed.
Jesus calls His obedient disciples friends
For Rees Howells, Jesus's words in John 15:15 “I have called you friends” were no idle theory. When a woman fell ill, he prayed and expected the Lord, Howells' friend, to reveal His will concerning her to him.
God provides exactly what is needed
The Holy Spirit led Rees Howells to stop making contributions to an insurance fund for himself, while at the same time leading him to make a contribution to the same fund for someone else. The Lord was teaching Howells to trust Him as in “Whoever gathered much had nothing left over, and whoever gathered little had no lack” (2 Cor. 8:15), while the man for whom Howells had made the insurance contribution was brought to repentance and salvation as a result.
Holy Spirit convicts people of their sin
Rees Howells is rebuked by the Holy Spirit for allowing jealousy grow in his heart toward his friend whom the Lord used mightily to bless His people at an open air meeting. Rees learned detest jealousy and trust God more from this experience.
Do unto others as you want them to do unto you
Miss Elizabeth Hannah Jones is urged by the Lord to obey "the golden rule" by allowing Mr. Howells, her would-be husband embark on a journey that could jeopardize his health and their future. She obeys and the Lord steps in and does the impossible.