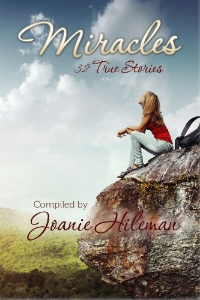 Our Father in heaven gives good things
Bryon and Ruthie could only afford "junky toys" as Christmas gifts for their children. But on Christmas day, the God who gives His children good things showed up, and that Christmas became a truly memorable one for their family.
God answers prayer
Years of uncontrolled indulgence in drinking left Bob a broken man; his wife, having had enough, left with the kids. He was all alone and in the midst of that darkness, he cried out to the Lord for help and found grace to quit drinking.
Don't be anxious for what to eat or wearDon't let left hand know what right is doing
Joanie Hileman experiences God's timely provision and the blessing of someone who gave in secret.
God answers prayer
A man who has cancer receives healing due to the prayers of his friends, despite his indifference.
Blessed are those who mourn
Belinda Townsend finds warmth and peace in the Lord as she mourned the loss of her son - Benjamin, who committed suicide.
Do not return evil for evil, vengeance is the Lord's
After Ben's death, the Townsends were urged by many to sue the physicians who attended to and under treated their son. But even with an assurance of victory in the courts, the Townsends chose forgiveness; they chose to not be bitter or take revenge.