The Supernatural Occurrences of John Wesley 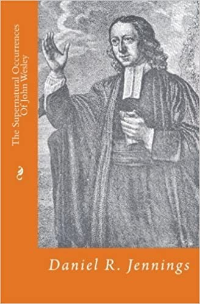 Demons cast out in Jesus' name
John Wesley wrestled with not only the demons possessing a certain woman but also with the doubts and fear that he lacked the faith to help her become free. But reproved by the word of God, Wesley would eventually help deliver this woman by the power in the name of Jesus.
God answers prayer
The doctor had declared that death was certain given Mr. Meyrick's ill state, but John Wesley and a few others knelt before the Lord to cry on his behalf and even before they were done praying, their prayers got answered. And when he suffered a relapse, Mr. Wesley went back to God again in prayer and Meyrick was healed.
God gave signs and wonders through the apostles
John Wesley shares four amazing stories of the power of God at work through him to bring healing and deliverance to people oppressed by the devil. People were healed by mere touch, sight, and in answers to prayer made on their behalf.