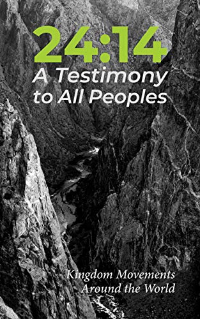 Demonstration of who is our neighborThe righteous innately have God's heart toward those in need
When Ebola struck Africa in 2014, leaders of the New Harvest ministry selflessly volunteered to serve affected villages, many losing their lives as a result. This great display of sacrificial love made a Muslim chief embrace Christ.
The righteous innately have God's heart toward those in need
In Sierra Leone, a community extremely hostile to Christianity received the Gospel of Christ after Christians ministered to them during a health crisis.
Strengthening and encouraging new disciples
Trevor leads a discipleship program where disciples are nurtured and guided to also make disciples. A significant addition of souls to the Kingdom of God has been the fruit of this labor.
God uses even the common and uneducated
In Sierra Leone, the uneducated are teaching the educated. The blind and unlearned are not only leading but planting churches and making disciples out of men both with and without sight; all to the glory of God.
Imprisoned for preaching about Jesus
Jack was a former soldier who was behind bars for preaching the gospel in an Asian country that had not heard of Jesus. But filled with a sense of urgency to do his King's bidding, Jack snuck back into the county, yet again, in defiance of the instructions he was given before his release from prison.
There is healing in the name of Jesus
When a bedridden Buddhist hears the testimony of healing from a believer, she says, "Yes, I want it! I want Jesus to heal me. Please pray for me." She was prayed for and, instantly, was no longer in pain. Three weeks afterwards, her freedom from kidney disease was complete and confirmed - she did not need dialysis anymore!