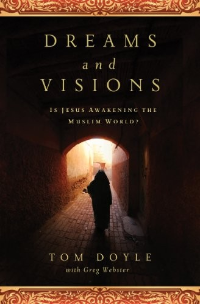 Jesus reveals Himself to an unbelieverHoly Spirit guides with specific names or details
When Hassan, a secret Christian evangelist in Cairo was forcefully led out of his home with a gun to his head one morning, all he could think of was that he had been found out and was about to die. Nothing prepared Hassan for the incredible twist, his supposed kidnap took.
Jesus reveals Himself to an unbeliever
Fatima al-Mutairi ignored the inevitable consequence of apostasy and jettisoned Islam for Christianity - a faith she came to accept from online interaction with other Muslims and her devoted study of the Bible online.
Jesus reveals Himself to an unbeliever
Aisha was in Mecca to perform hajj. One night, as she lay in her tent; tired from the day's trip round the Kaaba stone, yet unable to sleep; the Lord Jesus appeared to her in a vision, leaving her completely dumbfounded by the experience.
Killed for the sake of Christ
Rather than deny her faith, Fatima makes a bold statement. Her brother killed her as punishment for forsaking Islam.
Forgiving your persecutor
Ahmad tried to kill Rashid for "trying to convert Muslims", but as Ahmad was sentenced to prison having failed in his attempt, Rashid to the shock of many declared that he held no bitterness towards Ahmad and that not only had he forgiven him but will also visit him in prison.
God communicating in a dream
In an amazing turn of events, Mohammed, a secret cop assigned to trail an underground believer in Syria becomes a Christian himself after he kept having dreams about Jesus.
Jesus reveals Himself to an unbeliever
Mateen was a Muslim from Afghanistan, on one of his lone hikes to the forest, he divinely encountered Jesus in a vivid vision. That one encounter was but the first of several encounters for him with Jesus, until he committed to following Christ.
Beaten for preaching the Gospel
At a great personal cost, Mateen committed his life to doing God's work - sharing the Gospel with Afghans. The beatings, arrests and imprisonment he suffered did nothing to deter him.
Jesus reveals Himself to an unbeliever
Jesus is revealing Himself to Muslims in dreams and visions. This is occurring with such frequency that believers are placing advertisements to connect with those God is reaching.