Memoirs of Revivals of Religion Published as an Autobiography 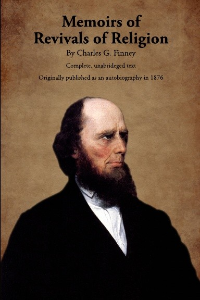 God communicating during prayer
Charles Finney visited Antwerp with the intention of preaching, however, on getting there he realized the people were opposed to religious services. After giving himself to prayer, the Lord encouraged him with words from Acts 18:9-11 "Be not afraid, but speak, and hold not thy peace; for I am with thee, and no man shall set on thee to hurt thee. For I have much people in this city." The next Saturday he preached to a packed audience, directly confronting them about their sinful ways and many of them wept!
Holy Spirit guides with specific names or details
While at Brownville, Charles Finney is instructed thus: ". . . in prayer the thing was all shown to me, as clear as light, that I must go and preach in Gouverneur, and that God would pour out His Spirit there." He obeyed and God did as He promised.
Ask Me anything in My name
Charles Finney shares how instrumental prayer was to the revivals that happened at Jefferson and St. Lawrence counties. Believers were taking the promise, "If two of you shall agree on earth as touching anything that they shall ask, it shall be done for them of my Father which is in heaven," and making specific supplications to God and prevailing with Him.
God using a vision to communicate
Charles Finney cried out to God when he was faced with strong opposition to his Revival work at Auburn. And in a vision from the Lord, he found strength and the assurance of victory, to ride the storm that was before him.
Jesus taught with authority
Charles Finney testifies of the remarkable power and authority with which Mr. Patterson preached the gospel and the conviction and revival it brought about.
How to pray
Mr. H is further convicted of his sins and hypocrisy as he attempts to say the Lord's prayer in distress. The same prayer, when he surrendered his will fully, ushers him into great peace and a new life.