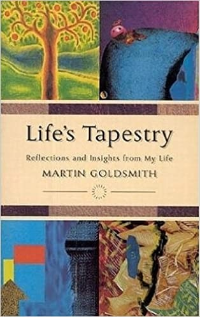 God answers prayer
15 year old Martin Goldsmith was constantly being bullied in boarding school. One evening while reading the Bible, he asked the Lord that no one would talk to him or bully him for the next 24 hours. The next day, God did the impossible by honouring Martin's prayer request.
Signs and wonders as proof of Gospel truth
When Martin Goldsmith's request for a miracle from God was amazingly granted, an excited Martin surrendered his life to Christ - for he had seen that God truly is alive and works miracles; even for little folks like himself.
Ask Me anything in My name
Martin Goldsmith learns very early in his christian walk; the power of trusting God's word. And basing his confidence on God's written word, Martin asked God at several times to stop the rain so he could ride out to his tutorial and time and again, God honoured His word.
Strengthening and encouraging new disciples
When Colin Jee heard about the 'hopelessness' of a certain Martin Goldsmith, he made it a point of prayer to make contact and when an opportunity finally presented itself, Collin took it. With great enthusiasm, he explained the rudiments of the Christian faith to Martin, bringing Martin a much needed clarity on matters of the faith.
Stoned for preaching the Gospel
As part of a team preaching the Gospel in Toxteth, Liverpool, Martin Goldsmith experienced for the first time, the reality of suffering for Christ. They were attacked by a crowd of youths who rained stones on them, leaving several of them hurt.
Become all things to all people
While he didn't know it ahead of time, Martin Goldsmith greeted the Christians of Indonesia as though he was below all of them. By doing this, he powerfully countered the stereotype of a white colonialist, he was accepted immediately, and doors for ministry were opened for him.
God leads believers in opposition to idolatry
In a move that was inspired by the action of the Apostles in the book of Acts, a missionary dares to walk on a sacred land amongst the Karo Batak. The land was said to contain evil spirits and anyone who walked on it will die. To the surprise of the villagers, the missionary did not die showing that Christ was above all. Many came to faith in Christ because of this action.
God answers prayer
Martin Goldsmith and his wife, Elizabeth prayed for rain after the birth of their new child which happened to be in a dry season. Rain fell, but only within their town. They praised God for answering their prayers.
Disciples must keep their word
Martin Goldsmith almost reneged on his promise to speak at a church's mission weekend, when presented with a seemingly better opportunity to speak at a bigger church. But he honoured his promise after he got reminded that Christians must be trustworthy!