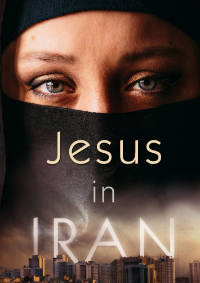 Jesus reveals Himself to an unbeliever
Eugene Bach meets a group of Iranian believers while on a speaking tour in Norway. He is astonished to find out that they all came to Christ through a dream.
Jesus reveals Himself to an unbeliever
Eugene Bach finds abundant confirmation of Jesus coming to Iranian unbelievers in their dreams.
Governments opposed to the Gospel
After the Iranian revolution of 1979, the Islamic government, led by the Ayatollah committed without delay, to persecuting Christians and opposing the Gospel, both through rhetoric and actual deeds.
No longer I who live, but Christ who lives in meTrue disciples love Jesus more than even their own lives
Pastor Benham was arrested for his belief in Christ and sentenced to prison. Though he would be set free if he denied Christ, he refused, because his life was no longer his; he had been crucified along with Christ.
Governments opposed to the Gospel
The Assemblies of God Church; Iran's largest known church with believers worshipping in the Persian language was closed by the government of Iran in 2013. Not only was the pastor of the church arrested, but many members lost their jobs.
Governments opposed to the Gospel
Alireza Ebrahimi, Saeed Mirzaei, and Sadegh Mirzaei, three christians using social media to promote the gospel of Jesus were arrested by the Iranian government for apostasy. And Sattar Beheshti, another Christian blogger was not only arrested but martyred under false charges.
Christians share in the suffering of Christ
Pastor Fathi wrote a magnificent letter to his father from behind the walls of the notorious Evin prison in Iran. He detailed not only his great suffering in prison, but also his unflinching confidence and faith in the One whose cup of suffering he has been made to share.
Disciples must keep their word
An imprisoned woman vows to follow Jesus if He rescued her from her captors. She gets freed and keeps her word, becoming a powerful witness for the cross of Jesus.