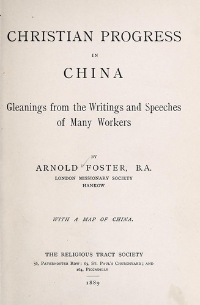 Signs and wonders as proof of Gospel truth
Mr. Liu Pao Lin was suffering from Opium addiction while his wife was suffering from an illness that had kept her down for four years. When he saw how Chang Ho Ching had been delivered from opium addiction after accepting Jesus, he began to consider becoming a Christian. That began a chain of events that led to deliverance from opium addiction, the healing of his wife and the establishment of a worship hall in his village.
Salvation transforms
God delivered a man, his father, and his uncle from opium addiction.
Disciples are devoted to Christ above anything or anyone
Wong Kiu taik was willing to forego his family for the sake of Christ.
Jesus is worth more than worldly gain
Even after Mr. Fan became a believer of Jesus, he experienced great trials but was able to go through them with God's grace.
Salvation transforms
To his family, Song-To was nothing but a huge source of disgrace, and to his city; a notorious evil doer. But a new man was born when Song-To surrendered to Jesus, the evident reformation in his life caused his neighbors and many more to seek the Lord.