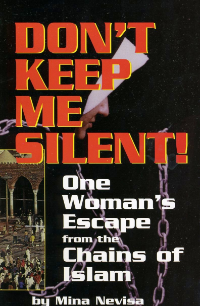 Signs and wonders draw attention to Gospel message
An Iranian woman, Mahin had advanced breast cancer. She traveled to Sweden to visit her son for the last time, as the doctors had given her six months to live. While there gave her life to Jesus and that night He visited her in a dream and healed her of disease. She was able to return to Iran and lead many to Jesus as a result.
Killed for the sake of Christ
Hossein Soodmand was a Christian preacher who committed his life to serving others, and helped lead Monir and Nevisa to Christ. Soodmand continued to serve the Lord until his arrest, separation from family, torture and eventual death in the hands of Muslim fundamentalists, shouting until his last moment that, "JESUS IS ALIVE".
Believers are the aroma of Christ to those around them
Nevisa struggled with the conflicting feelings of doubt and faith as she considered leaving Islam for Christianity, but the amazing lives and love among the believers she had come across, like a sweet smelling savour; kept drawing her, despite her doubts, to the love of the Jesus in which these believers basked.
God communicating in a dream
In a remarkable answer to Nevisa's prayer, the Lord revealed Himself to her in a dream; declaring, "I AM THE WAY AND THE TRUTH AND THE LIFE. NO ONE COMES TO THE FATHER EXCEPT THROUGH ME." When Nevisa awoke from that dream, doubt and fear vanished from her life.
Salvation transforms
Mina Nevisa was an Iranian Muslim who gave her life to Jesus Christ. Here, she shares of the deep joy and relief that accepting Christ brought her. And now filled the Holy Spirit, she excitedly, told all who listened about this wonderful Jesus she had met.
Father forgive them, for they know not what they do
By following in the footsteps of Jesus and forgiving the murderers who martyred Monir and Ali; Mina Nevisa found once again, the priceless joy and assurance that bitterness and unforgiveness had robbed her of.