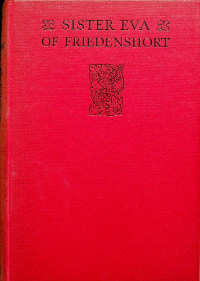 He that hath two coats
Having given her life to Christ, seventeen-year-old Eva became awakened to the needs of the poor around her; feeling an ardent love for them just like her Savior. When an opportunity to show love presented itself, Eva took it and committed half of her pocket money to this cause.
Jesus is our Good Shepherd and lays down His life for us
Just before Eva turned seventeen, she was faithless and plagued with many questions about life and eternity. But one day while reading John 10, it dawned on her that she was a lost sheep, and that Jesus was the only good shepherd.
The righteous innately have God's heart toward those in need
Sister Eva was moved by the dire needs of the people in the village she taught sewing, and committed to providing breakfast to the many hungry children in her class. She didn't stop there but took what was left round the village to bless the sick and the poor; sharing in their joys and their sorrows.
God communicating during prayer
Sister Eva writes about the clear call she received from God in prayer saying, "Deal thy bread to the hungry and bring the poor that are cast out to thy house;" and her emphatic response to the Lord.
Ask Me anything in My name
Eva didn't want to join the family for a night out at the theatre, but knew not how to tell her father. She ran to God and asked for his help, and while she was yet praying, God granted her request.
God's standard
In a letter to a struggling soul, Mother Eva shares about her personal frustrations and the profound truth that has brought ease to her journey towards meeting God's standard for perfection.
God using an inner voice to communicate
Repeatedly, God, in a silent still voice spoke to Sister Eva to give up her golden ring and silver Bible-clasp for the heathen. And when she at last, yielded to His voice, her exemplary sacrifice caused many to in like manner, obey God and give their valuables.
God using circumstances and timing to communicate
A young girl who had been called to serve God in China was suddenly overcome with fear and a feeling of loneliness. While still overcome with fear and anxiety, she hears three strangers singing as they walked down the street and back again, their song; its timing and wordings, contained all the assurance she was seeking.
God answers prayer
After Sister Eva obeyed God's Voice to give up her golden ring and silver Bible-clasp at a meeting, many others followed in her stead and sacrificially gave up their jewelries as offering for the cause of the heathen. Sister Eva would later find out that all that played out at that meeting, was the remarkable answer to the fervent prayer of a missionary.
God's work will not lack God's supply
Friedenshort - home for the less privileged which Sister Eva founded was in serious debts. But rather than beg any man, Eva and her colabourers began to pray to God in faith about their need and barely two weeks to the deadline they had set, the seemingly impossible became possible.
God answers prayer
Inspired to walk in faith like Francke, George Müller and Hudson Taylor; Sister Eva led fellow labours at Friedenshort to trust God only for the need of their ministry. And in the most remarkable ways, God, in answer to their prayers, showed up for them time and again.
Blessed are the meek
While on a train in Mecklenburg, Mother Eva displayed meekness and great love for others by giving up her seat for an old grannie when no one else was willing to and sharing the gift of flowers she had received with others on the train.
The righteous innately have God's heart toward those in need
On the way to Blankenburg, Mother Eva came across a frail and unhappy looking old man, and sensing his need for help; she offered without being asked and at a great personal cost, to assist the old man in getting to his destination safe.