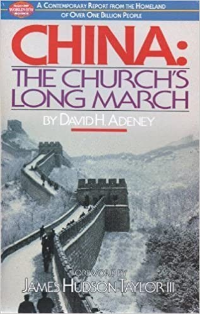 Think of others more than ourselves
Two high school students were impressed by Christians willingness to help their townspeople during a Japanese invasion. They later on became Christians.
Apostles sang hymns to God while in prison
A school teacher, imprisoned for his faith, was discouraged and began to sing a hymn. Not only was he encouraged, but another believer heard and was encouraged. Shortly thereafter, other prisoners were converted.
Deliverance from enemies and circumstances
Three stories are presented that show how God intervened to prevent harm to the underground believers in China: convicting those sent to arrest believers of their own sins, causing a vehicle to break down, and creatively clearing buildings before an earthquake. In all of these circumstances, God's protective hand was undeniably visible to His people.
Communities of believers sharing in needs
Three beautiful stories show the Christians across China sacrificially sharing in each other's needs as the early church did, and ensuring that the needy among them were not left to their fate, but taken care of.
Believers are the aroma of Christ to those around them
The exemplary lives of two Christians; an engineer and a doctor, during the cultural revolution, was all the witness a young man needed to abandon the Chinese Communist Party and embrace Christ.
No longer I who live, but Christ who lives in me
A husband is arrested during the Cultural Revolution, the wife called for prayers and asked each of the children to confess their sins before praying. They did and prayed for their father, that very day he was released. The children were happy to know that God answered their prayer and it strengthened their faith.