I Am A New Creation 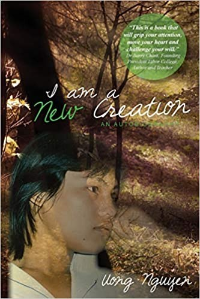 God using an inner voice to communicate
Uong Nguyen had become a Christian but was still haunted by the past. At a church meeting he attended, the Lord's Spirit revealed with puzzling accuracy, his struggles to the preacher who he had never met before.
Disciples must keep their word
Ho shares very sensitive information about the Cambodian war to Uong Nguyen, his brother in-law, demanding that it be a secret between them. Uong promised and has till date kept his word.
Love your enemies and do good to them
An army ritual of asking for forgiveness before a major battle reminds Uong Nguyen of Christ's command to forgive those who offend.
Prophesy discloses the secrets of the heart
Lyn in invited Uong Nguyen for a service where Pastor Peter Morrow was to speak. At this meeting, Uong is dumbfounded when Pastor Peter began to prophesy—with surprising accuracy—about his life and experiences he had never shared with anyone. That service was instrumental to the changes God began to work in Uong's life.
No longer I who live, but Christ who lives in me
After Uong Nguyen was baptized, the believers who were present began singing a song of faith from Galatians 2:20 - "it’s no longer I that liveth, but Christ that liveth in me", and here, Uong Nguyen shares about the impact that song of scripture had on his Christian life.
Forgiving your persecutor
Uong Nguyen was a soldier who got badly betrayed by Dung Map, and for a long time he harboured consuming hatred towards Dung. But by trusting in God's sufficient grace, Uong was able to forgive the unforgivable.
Be reconciled to your brother before going to the altar
Learning that God had forgiven him his own terrible sins and that there was a link between forgiveness and answered prayers, helped Uong Nguyen forgive the Khmer Rouge for the great evil done him. And the fruit of forgiveness for him was great joy.
All Scripture is inspired and useful for wisdom unto salvation
While Uong Nguyen was now a Christian, he still struggled to break free from his early indoctrination under communism—scripture for him was but a mere book of literature. But as he opened his heart to studying God's word as a manual for knowing God and living practically, he reflected on how God had miraculously preserved him in spite of the Khmer Rouge. This opened his heart to believe the miracles of Jesus.
The Holy Spirit empowers believers uniquely, as He wills
Uong Nguyen had become a Christian but was still largely ignorant about the Holy Spirit and his gifts. During a church retreat in 1991, Uong gave in to the power of the Spirit and that day received a much needed quickening in his faith walk.
Confessing sin leads to forgiveness
By confessing his lies and opening up about his past life, Uong Nguyen had the heavy burden that had weighed him down and affected his relationship with God and the Christian community he was a part of; replaced with freedom and an uplifted spirit.