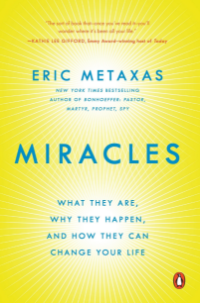 Salvation transforms
Ed gave his life to Christ during a weeklong retreat he attended with his wife and friends. The experience led to a change in his life was enduring.
God answers prayer
Cisco was in prison when Hector's mother visited him asking that he prays for her son Hector who was dying with AIDS at the hospital. And through a telephone from prison, Cisco prayed for Hector's healing, and that same night; an astonishing miracle happened.
God bestows gifts and healing through the laying on of hands
Christine's faith is strengthened when she witnessed the miraculous healing of her grandfather. A visiting aunt prayed for him. Her faith had been powerfully affected by witnessing a miracle in New York.
The Holy Spirit gives insight into the future
At a meeting where Paul himself was healed of stroke, Pastor Benny Hinn prophesied that God was going to give Paul and his congregation a healing ministry starting from the very next Sunday. And by the next Sunday, Paul began to see God's word come to pass.
God sends an angel to help, deliver, or comfortAnointing the sick with oil and praying for healing
Simon was the chief driver for a ministry, after suffering from diabetes for years his left foot developed a sore that threatened his whole body system. He was told by doctors at a hospital that the foot would have to be amputated. During morning service, the staff of the ministry prayed for Simon's foot. Later in day he encountered a strange man who prayed for him anointing his legs with oil, and then the strange man vanished. That night he was healed completely.
God gave signs and wonders through the apostles
Paul prays for a woman who has nuts allergies, that very night she experienced absolute healing.
God using an audible voice to communicate
Lolita's faith was strengthened when she listened to the voice of the Lord and safely made it out of a burning building.