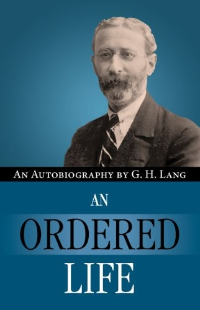 Confessing sin leads to forgivenessThere is no condemnation for those in Christ Jesus
G. H Lang knew to confess his sins in order to obtain God's mercy. He knew the way of pardon, but was frustrated that he did not know the way of victory. Only by realizing that in his flesh dwelleth no good thing, did he gain the victory he so dearly needed.
Turn the other cheek
An unbeliever said the teachings of Jesus are impracticable, and demanded to see a man who had actually turned the other cheek. A former rough fellow stood up and told his own story of turning the other cheek.
One sows the Word, another reaps the salvation harvest
G. H. Lang had the honor of reaping the harvest of salvation in a well-known ruffian. The seed had been sown in the man 28 years before by the words of a dying fellow soldier in battle.
In Christ, believers are free from bondage
A Moslem convert who had been robbing his government by taking bribes instead of doing his job sincerely is convicted of his sins. Though he hesitated initially, he finally repented and sought restitution, which led to even greater works in his heart.
Blessed are the peacemakers
G. H. Lang's Scottish friend was loved by the Arabs and so adept at helping them reconcile with each other, that they named him Abu Salaam, the father of peace.