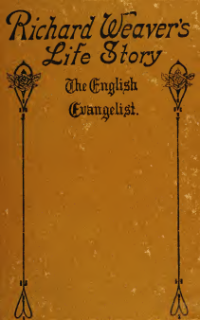 Turn the other cheek
Evangelist Richard Weaver stood between a man and his would-be assailant, and was punched in the face. When Weaver offered the other cheek, the assailant refused. Weaver then knelt and prayed for the man's salvation. Some years later, Weaver met the assailant again, only now the man was a brother in Christ.