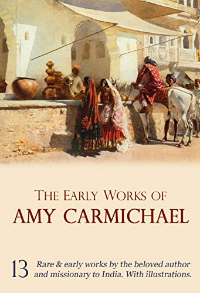 God blinds the eyes of adversaries
An Indian orphan girl named Sixfaced suffered beatings from her uncle because she wanted to follow Jesus. When she turned sixteen, she could legally leave him and be on her own. In answer to prayer, God blinded the eyes of the village people while she simply walked to freedom.
You are the light of the worldTransforming power of forgiveness
A nominal Christian lived a life that shined out so much that he was called "Lighted Face". His life affected many around him; attracting them to the word of God and leading them to convert to Christ. He soon formed a small band that continued to win others for Christ.
Believers will suffer terrible things for the sake of Jesus' name
A certain boy had a reputation for persecuting Christians. During a prayer meeting, Christians prayed for him and he gave his life to Christ. After that, he faced persecution himself and was under intense pressure to revert to his former religion. Yet even to the end of his short life, he never gave in.
God sends an angel to help, deliver, or comfort
For being a Christian, a boy faced fierce persecution from his family. But nothing they did was enough to break his will; utterly, he scorned all of their schemes.