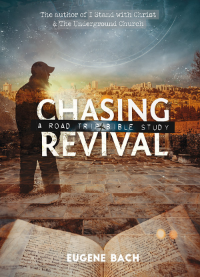 Killed for the sake of Christ
In a flagrant defiance of Diocletian, one of his most trusted soldier would not for anything - threats or riches, deny his faith in Christ. Angered by this, Diocletian subjected this soldier to the worst forms of public torture, but helped by God, he bore it all valiantly; and still preached about his Christ thought it all, untill he finally received a Martyr's crown.
Peaceful attitude of martyrs a powerful witness
When Emperor Diocletian ordered the beheading of his soldier George for defying him, little did he know that George's courageous; yet peaceful disposition throughout the ordeal would inspire many more, including his own wife; Empress Alexandria to ignore the consequence and openly confess Christ as Saviour.
Signs and wonders as proof of Gospel truth
Poppo was a lowly tenth century Christian who took it upon himself to preach to the leader of the Vikings; King Harald Bluetooth. Trusting God to show himself through signs and wonders to King Bluetooth, Poppo accepted a challenge to hold a red hot iron as he spoke to the King and did so without a having a single burn. Upon seeing this miracle, the King led himself and the rest of his Vikings to become Christians.
Believers are the aroma of Christ to those around them
John Wesley relates the meekness and peacefulness exhibited by a group of German-Moravian Christians even in the midst of a crazy storm as they sailed for America. So profound was the effect of the event that John Wesley attributed it directly to his conversion experience.
There is healing in the name of Jesus
While Enguan was completely ignorant of Jesus and of Christianity, he heard that there was healing in the name of Jesus, and so he prayed for his mother. Her healing was the event that sparked the Lixin revival.